For Integrating into the “Belt and Road” Initiative, H3C Built “Powerful Network” for the National Security Command and Control System of Ecuador

For Integrating into the “Belt and Road” Initiative, H3C Built “Powerful Network” for the National Security Command and Control System of Ecuador

The President of Ecuador expressed his gratitude to China for “bringing cutting-edge technologies to Latin America”. H3C worked with other Chinese enterprises to deliver an “impossible mission”.

The national security command and control system of Ecuador (ECU911) is a key aid project of China Development Bank. The project includes two national centers, five district centers, eight provincial centers, and one center in Galapagos Islands, and another 16 centers across the country, spanning Amazon Rain Forest on the east and coastal plain of East Pacific on the west.

The main function of ECU911 is to integrate the resources of police, transportation, fire control, medical care, and other three functional departments, so as to realize united command and control of emergencies in a trans-department and trans-regional manner. Among which, network system is the data transfer platform of the whole command system, and was built with the network equipment of H3C.

Sitting on the northwest of South America, Ecuador has a landmass of around 2.8 million km2, and a population of more than 15 million. Quito, its capital, is a world-renown tourist attraction. However, for many years, Ecuador has been savaged by security issues, which exist as the largest barriers holding back regional economic and social development, as well as the “impossible mission” in the governance innovation of Ecuador. The Beautiful Ecuador Before 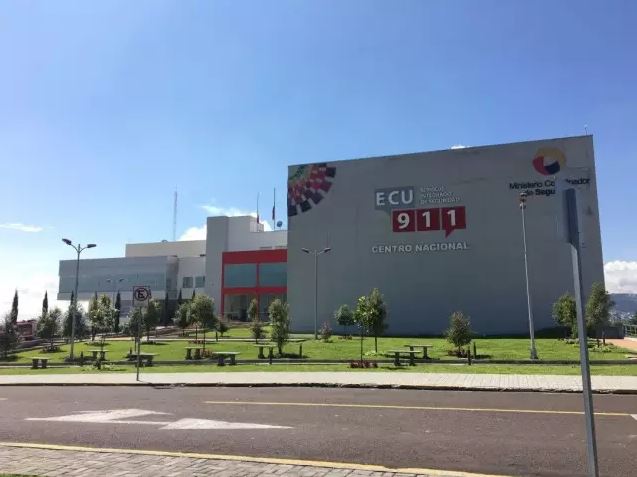 H3C undertook the task of building the network transmission system of ECU911. For the whole system, H3C provided the whole set of products, including mid-to-high end routers, switches and security equipment, and netmanager software, serving as the powerful guarantee of the sound operation of ECU911 system. Supported by the equipment of H3C, no malfunction has happened, despite the over 34 million emergencies handled by ECU911 system. 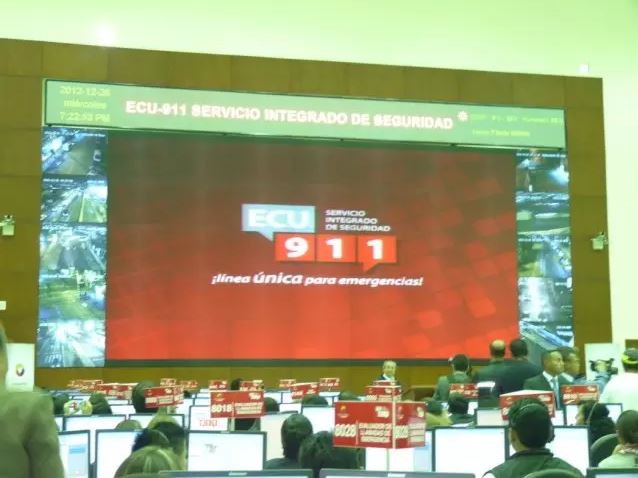 The Moment When ECU911 Was launched

Standing the Test of a Heavy Earthquake

In April, 2016, a magnitude-7.8 earthquake rocked the northwestern coastal region of Ecuador, affecting the whole Ecuador. The disaster led to subsided roads, broken flyovers, blackout, great casualties, and property losses. It was an earthquake with the highest magnitude of the country since 1979. The ceiling of the command center collapsed, destroying all the tables and large screens. Yet underground machine room and UPS remained intact. As the earthquake hit, H3C’s network communication system automatically switched, protecting the whole ECU911 system. All these testified to the technical sophistication of H3C’s network amid emergencies, making “Made in China” win the heart of Ecuadorian people. ECU911 system played a key role in disaster relief efforts. All alarming, rescue, emergency disposal, and national rescue forces have been allotted and coordinated through the system, ensuring that disaster information being sent immediately to rescue departments and greatly enhancing rescue efficiency.

During rescue, a 4-year-old girl was found having been buried for nearly 8 hours, and was at the last gasp when being rescued. But all hospitals in disaster area were full or damaged, making medical care unavailable. The rescue team contacted ECU911 system, and made emergent coordination. Finally, the army dispatched a helicopter and sent the girl to Guayaquil Hospital. Thanks to the timely rescue, the girl finally was out of danger.

The Command Center Worked Day and Night during Rescue Efforts.

ECU911 played a key role in earthquake disaster relief, and saved many lives. It can learn the location and situations of help seekers through telephone alarm, and gather firsthand information of the scenes via cameras, thus providing solid guarantee for earthquake relief work. Eight hours after the earthquake stroke, ECU911 received more than 5,600 calls. The system has played a pivotal role in the race against death.

Just as Navas, Minister of the Security Coordination Ministry of Ecuador, has said, “If not the national security and emergency platform built by Chinese enterprises, it was inconceivable how many difficulties Ecuador might face in the disaster.” Such praise also means the appreciation of H3C, the builder of ECU911 system.

The “Going Global” of Chinese Informatization

On November 18, 2016, President Xi Jinping, during his trip to Ecuador, visited Quito National Command and Control Center of ECU911 system accompanied by Correa, President of Ecuador. Seeing the materialization of national “Belt and Road” initiative, President Xi Jinping spoke highly of such project of high technical content and huge social influence like ECU911, and commended that ECU911 was a major project of China-Ecuador cooperation, and a name card of China-Ecuador hi-tech cooperation. 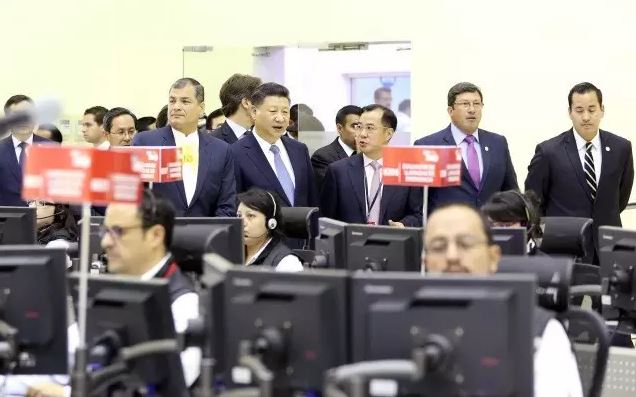 The “going global” of informatization capability represents another new area seeking to secure global presence after infrastructure. In the future, H3C will actively respond to the call of the central government for the “Belt and Road” initiative and international production capacity cooperation. It will come up with improved, more cutting-edge new IT technologies to expand the influence of quality “Made in China” offerings, and to power Chinese informatization to go global.